Today an incredibly beautiful and gifted God’s creature made me ask myself the question: Why do we 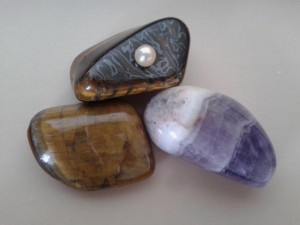 Before continuing reading my speculations on this question, I suggest that you take some time and
speculate on it yourself.

So then, let us first imagine what would happen if we were just one-gender creatures –men or women
or something in-between? Can you imagine that? There being only men or women or something in-
between all around us? I can – not only imagine it, but dare believe that if God had decided to make us
so, we would again be beautiful. Why? Because He does everything well. The world is full of evidence
for that. We would probably again be able to reproduce and experience supreme delight in any kind
of intercourse – not only the sexual – and we would work and create things the way we do. He could
have done the same for the three-gender and the four-gender creatures, had He created us such. But He
hadn’t. Why?

Because He is autonomous to decide what to do. He is the Creator and no one can change that, no
matter in what way or to what degree we want to. If someone wants to change their gender, they
can do that, and God will not stop them. But let them try to change the gender of all the people in
the world or the genetic mechanism by which all the people in the world are created! What will the
result be? I had a child with a damaged genetic mechanism and I know very well what the result is: an
extra chromosome in all the cells of the organism, and your whole life turns upside down – yours and
everybody’s around you. May we never lose our vigilance to such an extent as to allow someone to take
such a big bite of the “genetic pie”! Woe to us then!

I hope you have understood my argument in favor of a Creator. Because if you haven’t, I will ask you my
next question: Can any of you create just one living thing? Not a machine or a robot, but a human being
that exists independently having the mechanism to reproduce and the ability to think, feel, perceive,
assimilate, express or take free decisions, some of which you will not approve of, like, for example, being
willing and capable of killing his own Creator, that is you?

If there is a Creator and if He was killed by His creation, then why has He created us? I would again
suggest that you stop reading and think about it.
If I created a being with the capability and volition to do whatever they wanted to (because for most
of us “freedom” means exactly this), I would at least guarantee my own existence, wouldn’t I? Hence,
there is either no Creator, or this Creator is very weak and dull. The inference seems to gain greater
validity when we call to mind the enormous number of people killing each other. What, if not weak, dull
and evil, is the Creator who has allowed this killing to happen or has at least not taken the necessary
precautions to prevent it? Why has He not prevented it or why has He allowed it at all? I mean people’s
killing each other and Him, too? I think the answer to this question is very simple although thousands of
pages have been written on it: because he couldn’t avoid it. Let us not be duller and stupider than we
are: the Creator of such complex, intelligent, beautiful, capable, talented, powerful and having such an
enormous potential creatures as we do, cannot be weak, dull and only evil, among all. The abundance
of goodness everywhere around proves that. And the second answer that comes to my mind is that this
Creator values freedom so highly and is so unwilling to violate it that He has allowed the occurrence of
something that none of us would allow voluntarily and without resistance – His own killing.

Let us now stand before the mirror and ask ourselves: “What do we see?” I suppose all of us would say,
“A human being.” Shall we give the same answer though if we stand before a gigantic mirror showing
the image of the Creator or a small mirror showing our past deeds? My answer for me would be: “Both
a human being and an ape”. Yours is for you to know. Maybe for you it has no importance at all, but
for me it has; because according to the Holy Scripture I will never part with this image: I will carry it
forever. And I don’t want to be carrying an image bearing the features of both a human being and an
ape. Human features are for humans, apes’ features are for apes.