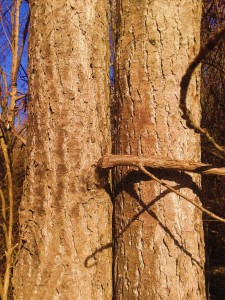 One of my students told me once, “If you want to disqualify a spy, ruin his family.” This was an interesting statement from a woman whose job is to investigate and write about people’s lives. She knows what she is saying. We all know what she is saying. She is a famous journalist. “Why family?” I asked her. I don’t remember exactly what her answer was, but she said something of the kind, “Because family provides stability, security, confidence…”

Let me give you an example from my cooking practice. If I make a cake without following all the necessary directions or using all the necessary ingredients and my attempt ends in a disaster, does this mean that cake is bad? Also, I may ruin the cake as often as I can, but there will always be a good pastry chef who will make it the right way and it will taste wonderfully. Who is the loser then? If I have all the skills and ingredients to make my cake as delicious as his but I don’t, I will lose from this, won’t I?

Let me ask you again, is family a bad thing?

Two days ago I went to a park to sunbathe. Right in front of where I was there were three trees ‒ one standing by itself and the other two standing together with branches intertwined, as if embracing each other. I looked at them and smiled. I am not smiling now, though… Even the trees know how to support each other better than we do…

Is it so great to be able to always do what you want, without anybody standing in your way or disturbing you? Is it so gladdening not to do what somebody else tells you to do and not to reckon with somebody else’s needs? Is it so rewarding to go where you want, when you want and as you want? As a matter of fact, this is impossible and almost nobody wants it really. (Because it would mean that they would have to go and live in a place with no people at all.) What most champions of freedom want is, “Freedom for me and no freedom for you. Me doing what I want and everybody else doing what I want.”

Freedom is a serious thing. The greater the freedom we have, the greater the responsibility we bear and the more important the consequences of what we do. It is not by chance that most people shirk responsibility. In my opinion, they shirk freedom, too, but they won’t admit it. Let me illustrate this with the carriage, the coachman and the horses. A carriage can be drawn by one or several horses. If it is drawn by one, the coachman drives it by holding just one bridle. If it is drawn by three, he drives it by holding three bridles. When is the carriage bigger and when does it carry more passengers? And when does the coachman experience greater joy? Of course, if the place of the coachman is taken by someone who is not a coachman by profession, he won’t be able to control the horses and won’t experience the joy of driving the carriage by holding all the three bridles, but this is not the case with the family. Everyone is born as a result of a relationship between a man and a woman and if he wants to have children he should also connect with a woman or a man, respectively.

The question is: what should this relationship be ‒ permanent or temporary? I know most of the answers for both situations. I have observed them and heard them all my life. You also know them. You have also observed them and heard them all your life. My question is: not what this connection IS, but what it MUST be. And the answer is very simple, of course: what you want it to be for yourself or for your parents. What relationship do you want for yourself? What relationship do you want for your parents? Do you want a relationship, in which you can permanently rely on someone to take care of you when you need to be taken care of or do you want a relationship that is transient and fragile? Would you rather your father was always there to help your mother when she needed help (and the other way around) or would you like to have to rush to him or her every time a disaster befalls?

Family always means 1+, and 1+ is always bigger than 1. Whatever befalls 1+, the probability of crushing it is lower than when it befalls 1!

We become weaker when we are alone. All of us! Without exception!